Everything You Need to Know About Community Emergency Response Teams (CERTs)

Disasters are unexpected by nature, which is why it is important to have an emergency plan long before a disaster strikes. By creating a strategy and organizing resources ahead of time, your community can reduce the confusion and chaos during an actual emergency. Make sure you’re prepared for a disaster by knowing about the Community Emergency Response Team in your area.

What is a Community Emergency Response Team (CERT)?

Community Emergency Response Teams (CERTs) are governmental programs administered by the Federal Emergency Management Agency (FEMA). CERT programing offers a consistent, nationwide approach to natural disaster volunteer training. CERT is one of five Citizen Corps programs created to help build capacity for first responders through the use of volunteers. CERT team members are trained in both disaster response techniques and the types of emergencies –like floods, hurricanes, wildfires, and mudslides–that can impact their community.

Learn more about CERT and Citizen Corp programs at Ready.gov.

The purpose of a CERT is to act as a “force multiplier” in the event of a disaster. CERTS provide support while professional emergency responders focus on more dangerous, skilled, and critical assignments. CERTs typically engage in unskilled tasks like checking evacuated homes or reporting unsafe areas. CERT members also provide immediate assistance to victims and organize spontaneous volunteers at the site of the disaster. CERT teams may also collaborate with related disaster response teams.

During training, CERT members may learn:

The Los Angeles City Fire Department first developed the CERT concept in 1985. By 1993, FEMA made CERT training available nationwide. Since then, nearly 2,500 programs have been implemented in more than 340 communities in 45 states across the country.

As part of their core mission, emergency and disaster response teams are active during all types of disasters, from tornadoes to earthquakes. Here are some of the most common emergency response programs:

Note: Do not confuse CERTs with Correctional Emergency Response Teams (CRTs). These teams are comprised of highly trained correctional officers who respond to prison riots, cell extractions, and mass searches for missing inmates. They are not involved in traditional disaster response efforts.

How to Join a CERT Team

There are thousands of CERT teams located in different communities across the country. Search for CERT programs or Citizen Corps Councils near you with FEMA Citizen Responder.  After you’ve located your program, the next step is to complete CERT training. The timing and organization of training will vary by program. It is often broken up into two to four hour blocks over several weeks. Contact your coordinator for a training schedule. 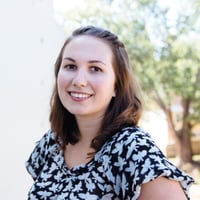 Annelise Ferry loves helping content come to life at Galaxy Digital. Annelise is currently pursuing an MA in Haifa, Israel and is researching microplastic pollution in rivers. When she's not working for Galaxy, you can find her cooking, making art, or swimming in the Mediterranean. 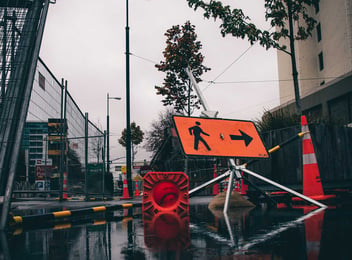 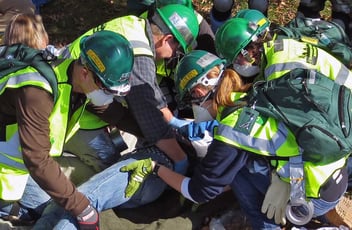 Want to be a Volunteer Management Insider?

Join thousands of volunteer management pros in getting impact boosting resources sent straight to your inbox.